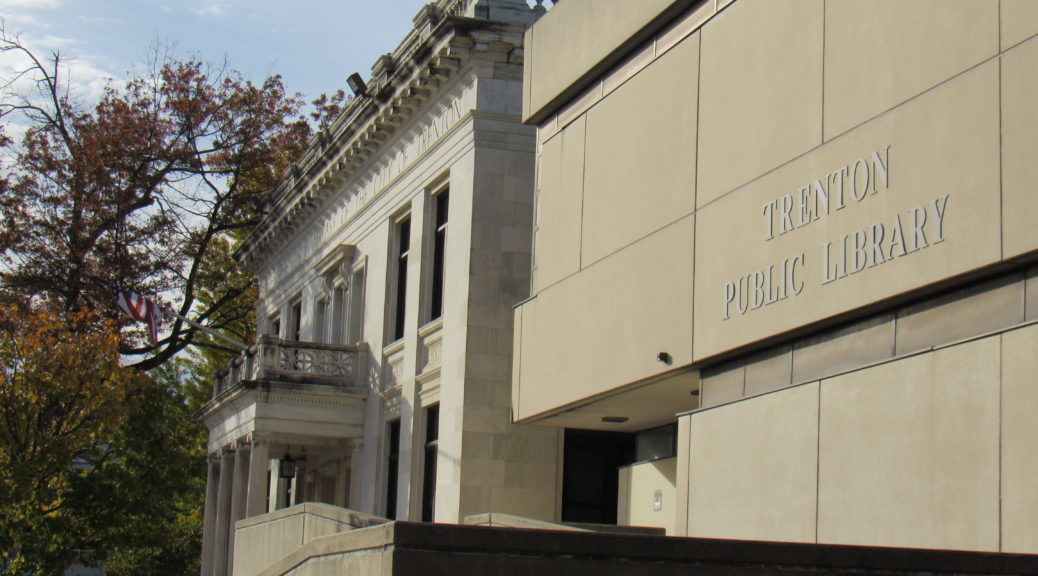 With temperatures in the capital region this summer reaching as high as 96 degrees, Mercer County residents sought shelter indoors during the day from the excruciating heat. In local suburbs, if residents lacked air conditioning on some of the warmest days of the year, local libraries were places to spend the day indoors. In fact, the New Jersey 2-1-1 Partnership recommends that “libraries… and other public air-conditioned spaces are good alternatives in every county if you are looking for a place to cool down.”

However, for residents of Trenton, particularly those experiencing homelessness, such an option did not exist on days when temperatures were at their highest. The Trenton Free Public Library (TFPL) on Academy Street, part of which was built in 1902, was shut down frequently, with closures coinciding with high temperatures.

An analysis by The Streetlight of online announcements by the TFPL found that the library was closed on 12 days during this summer alone due to concerns over heat in the building. On 12 additional days, the TFPL closed early, meaning that for nearly an entire month’s worth of days, the municipal library in New Jersey’s capital was either shut down for all or part of its usual hours of operation.

Patrons who sought the library’s services during the day were often greeted with a sign reading “the library is subject to close at any time during the day due to the temperature within the building.” On Facebook, there were regular posts this summer warning potential visitors that the library will be shut down for the day “due to the excessive heat and humidity in the building.” Although posts on July 25 and 26 and on August 1, 3, 4, 6, and 9 mentioned that “HVAC engineers are on-site working on this issue,” there were closures on excessively hot days throughout the summer, from the end of June until the beginning of September.

Following these shutdowns, it appeared as though an end to the weather-related closures was near, with the TFPL posting online at the end of the summer that a new HVAC system was installed, replacing a previous system that was set up over four decades earlier. The library also thanked the Trenton City Council for assisting with funding the new system.

Yet, just a few months later, extreme weather impacted the TFPL again. On three frigid days before this winter even began, the building was closed to the public due to concerns over the climate control system on the premises.

The Streetlight took the concerns over the closures to Trenton Mayor Reed Gusciora, who stated in an exclusive interview in late November that the problem was being addressed.

“We’ve actually been working on the HVAC system and we are making facility upgrades to the library,” said Gusciora. When asked what was causing the delay, the mayor cited “contractor challenges” and added that secondary fixes are on the way.

“We hope to correct any problems with the library facility in the very near future,” he explained.

In Trenton, while there are a handful of other resources that are open to Trentonians experiencing homelessness, such as the Rescue Mission of Trenton’s Day Center. This facility, which is open daily, serves lunch and offers case management services. However, the TFPL remains a common place for individuals to spend the day safely indoors when it is open.

Unlike other similarly-sized cities in New Jersey, Trenton currently has only one municipal library branch. Although the TFPL used to operate the Briggs, Cadwalader, East Trenton, and Skelton Branches in four of the city’s outer neighborhoods, all four were closed in 2010.

According to Mayor Gusciora, City Hall is figuring out how those libraries can be reopened. When asked for additional details, the mayor stated that the City would require non-profit partners to operate each of the old library branches, such as how Howard’s Healthy Choices is operating in the former Briggs Branch Library.

Facility upgrades are needed, Gusciora explained, mentioning that the City is in discussions with Mercer County officials about possibly having Trenton become involved with the Mercer County Library system.

Still, nearly a decade after the branches were shuttered, when it comes to the TFPL, finances remain a concern.

“The library budget used to be $8 million. It’s down to $2 million so you can readily understand why the branches had to close,” Gusciora told The Streetlight. “The City can’t afford to do it all.” 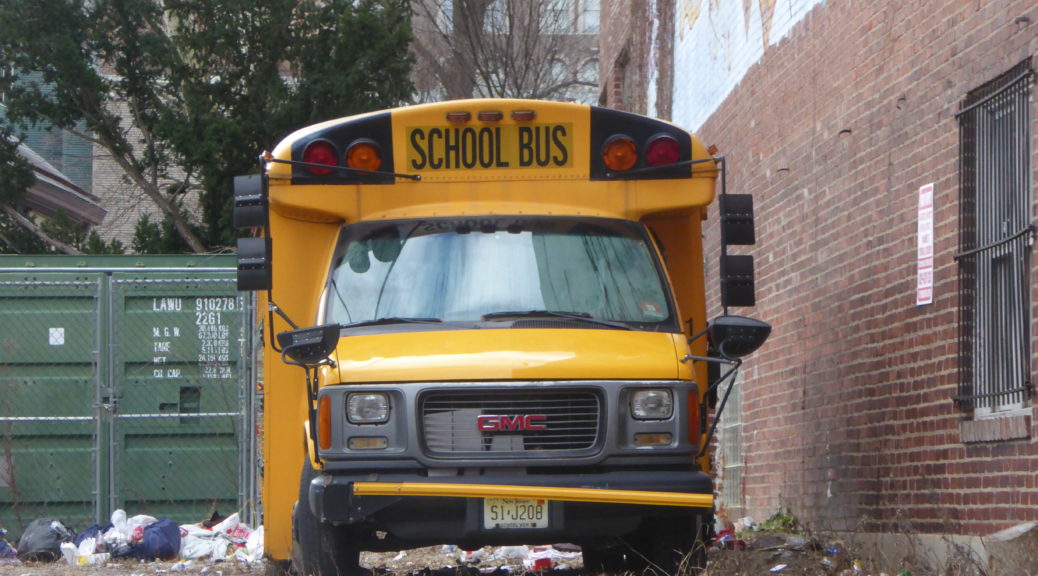 To some youth, the day that they turn 18 or graduate from high school are moments that they await for years, since it allows for increased independence. However, for many of the thousands of teenagers in the Garden State’s foster care system, their 18th birthday or high school graduation date signals an end to a way of life that they have known for nearly two decades, resulting in uncertainty about where they will sleep, eat, and work.

From aging out of the foster care system to surviving domestic violence to not being allowed to purchase or rent a home, a variety of factors are continuing to cause homelessness to remain a crisis impacting youth between the ages of 18 and 24 in the Trenton area and across the state.

State records show that 10,994 children in NJ public schools are known to be experiencing homelessness, but the number of young adults in Mercer County without housing is unclear. Volunteers found that 78 people under the age of 25 were experiencing homelessness in Mercer County during the Point-in-Time Count (PITC) in January 2017, but the actual number is likely far higher.

Some young adults who do not have their own home routinely alternate between the homes of acquaintances or relatives, but three percent of Mercer County participants in the PITC told
surveyors that this resulted in them turning to shelters or the streets upon running out of places to stay.

Subsequently, many turn to emergency shelters. The lack of an emergency shelter specifically for young adults experiencing homelessness in Mercer County can result in unsheltered youth, according to Anchor House Director of Outreach Services Ben Thornton. These individuals often end up sleeping in parks, transit hubs, and baseball stadiums when they cannot find anywhere else to go.

Aging out of the foster care system is one of the primary causes of homelessness for adults under the age of 25 in the Garden State. In fact, according to Covenant House New Jersey, 30 percent of their clients use their services after having nowhere to go when they turned 18 since they are often unable to afford or denied the opportunity to rent or purchase a home.

The New Jersey Child Placement Advisory Council reports that “without the benefit of family and community support systems, their [youths] risks for homelessness and human trafficking are at a much higher rate than the general population.”

Locally, some steps are being taken to address homelessness among youth by non-profit organizations such as Anchor House, LifeTies, Isles, and the Mercer Alliance to End Homelessness, but they often lack the resources to meet the demand for services. Anchor House serves some youth who have aged out of the foster care system through its Anchor age Transitional Living Program on Centre Street in South Trenton and hosted a Youth Connect outreach event in January for youth experiencing homelessness following the 2018 Point-in-Time Count. In addition, this 40-year-old organization operates a Street Outreach Team and the Anchor Link drop-in center at the corner of South Broad and Beatty Streets.

However, unlike nearby cities, the capital region has yet to see a comprehensive investigation and proposed solution to the crisis by any government agency. Philadelphia has its own Office of Homeless Services which operates a Youth Homelessness Initiative while the New York City Department of Youth and Community Development has a team that researches and funds housing, shelters, and outreach services for young adults experiencing homelessness.

Meanwhile, although the City of Trenton does operate the CEAS Center for people of all ages who lack housing and the New Jersey Department of Children and Families started a Connecting YOUth Project a few years ago, there are very few active municipal, county, or state-operated facilities that specifically tackle the issue of homelessness among youth.

Our hope is that this investigative series will prompt a change in our approach to this growing problem. If you are a young adult experiencing homelessness who would like to tell your story in the next part of “’Aging Out’ into Homelessness,” please contact The Streetlight at thestreetlightnewspaper@gmail.com.