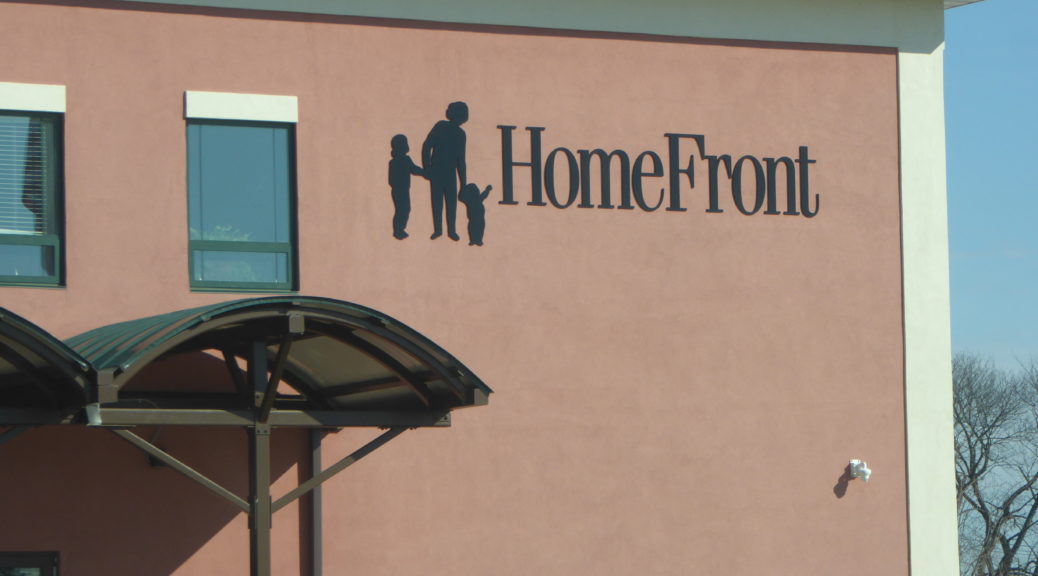 Essence Scott began experiencing homelessness at eight years-old. Now 27, she is a homeowner attending Mercer County Community College. Essence is a dedciated community columnist for The Streetlight who has written numerous pieces about her experiences with homelessness. We sat down with her to share more of this story.

The Streetlight: At what age did you realize that you were homeless? How did you make this realization?

ES: I did not realize that I was homeless until I started getting involved with Homefront at age 13. I thought it all seemed normal even though at some level I knew it was not. I was confused as to why my parents never described our situation as “homelessness”; every time we had to get up and move, they just said that we had to go somewhere new. Getting involved with Homefront made me realize that there was a word for my situation: homeless. Now that I realize there is a word for this situation, I am choosing to give it a loud, clear voice and to recognize it for all its unique facets.

TS: What sorts of emotions did this realization evoke? How did those feelings change as you got older?

ES: I felt like an outsider especially when I first found a word to describe our situation. When I was living in Lawrenceville, my peers lived in fancy places, had their own bedroom, owned decent TVs, and could eat anything that they wanted to. I felt very envious of them because I wanted to have those things. When I got older, I didn’t want these things as much as I began wanting a space to express myself.

TS: We read your article “Connecticut Avenue” from the Spring 2016 issue. When did the motel housing start? What was the hardest part of living in a motel?

ES: We began living in motels when I was about 16 years old. At that time, it was my mother, brother, and sister all living in a small, cramped room. I was beginning to feel very depressed at this age and I wanted, desperately, to be by myself all the time but I could not find space to do this unless I went to the bathroom or sat outside. It was challenging.

TS: We understand that you worked with HomeFront and some of their programs while experiencing homelessness. Can you tell us a little more about this?

ES: I was a part of the first generation of a program called Triumphant Teens at HomeFront. This was my first experience working and it certainly taught me a lot about the value of independence and hard work. Both my parents are very hard working people and working with the program helped me appreciate their efforts so much more. There were very few programs out there for children in similar circumstances but I was lucky to find such a great mentorship with HomeFront.

TS: Who or what helped you the most during your time experiencing homelessness?

ES: My writing helped me a lot. I started keeping journals when I was 12 and I felt a lot better after that. I could be whoever I wanted to be in my writing—I could be happy, I could have more friends—really anything. Writing helped me to stay afloat a little longer.

ES: My experience taught me the power of my own resilience. I am tough and that it takes a lot to wear me down. I know that I can handle a lot because I did for so many years. Others taught me that there is a lot of good in the world—more than you would expect—and sometimes we just are just looking in the wrong places. The night before Christmas Eve one year, my friend walked through the door with toys that her family had bought for us. I was not expecting this and I remember the feeling that I got when I saw her. It was truly incredible.

TS How did you transition from not having a home to being a homeowner?

ES: Before I met my boyfriend, I was living with my family in another apart ment. It was a sudden transition for my family and me as we were going to be evicted from a hotel. I then decided to ask someone at HomeFront for help since we were really about to be homeless and he helped us find and secure a home on Connecticut Avenue. I think I was too excited and overwhelmed at the time for it to really sink in. And for months after that, we were nervous about becoming homeless again. Once you experience the security of your own home, the last thing you want to do is lose it and return to an unfamiliar hotel room.