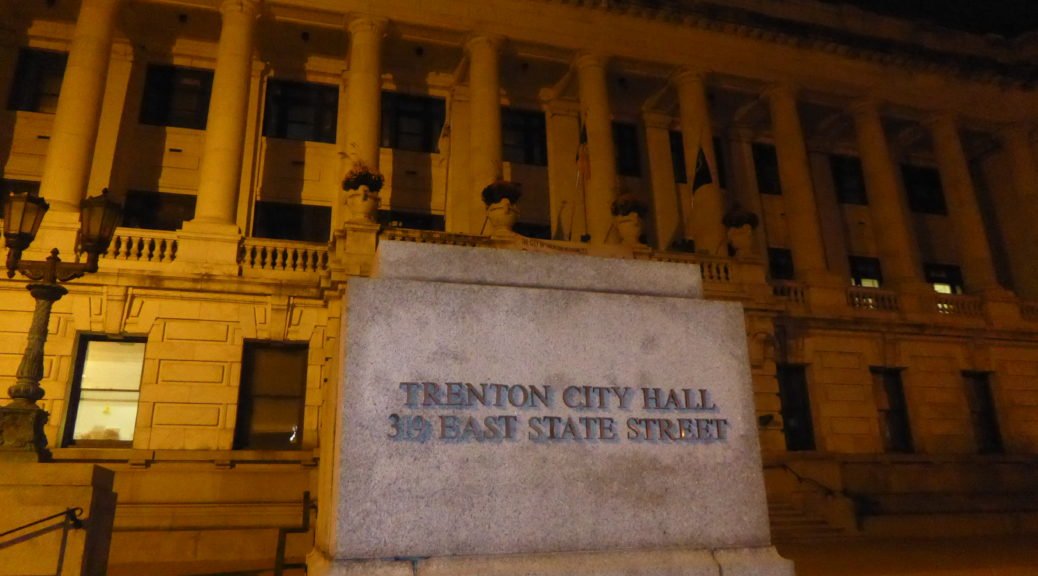 For the last several months, New Jersey’s capital has been under new leadership. W. Reed Gusciora, a former state assemblyman and adjunct professor at The College of New Jersey, was sworn into office as Trenton’s 56th mayor in July. With the 2018 Point-in-Time Count finding that overall homelessness has increased in New Jersey, The Streetlight wanted to know how Gusciora is planning to address the issue on the local level. Here is a preview of Managing Editor Jared Kofsky’s Q+A with the mayor, which was conducted in late November.

Gusciora: On the local level, a lot of it is mental health and addiction services are needed. The other thing is that we’re such a transient town. We have four train lines, people can walk across the bridge from Morrisville, and because it’s the capital, they feel that they can get the most assistance here. We have a lot of churches that offer food assistance [and] we have the Trenton Area Soup Kitchen, so there are a lot of outlets that the homeless population can take advantage of.

The Streetlight: The Rescue Mission is the only general population emergency shelter in Mercer County. With Newark adding seven shelters, are there plans to open a city-run shelter in Trenton?

Gusciora: We can look at that but we’re focusing on transitioning to more permanent housing. I don’t think just offering more temporary shelters is necessarily the answer.

The Streetlight: What projects are you envisioning as part of an increase in transitional housing?

Gusciora: The Rescue Mission has a good model where they have rooms for temporary shelter but then they have a long-term temporary shelter where [people experiencing homelessness] have actual rooms assigned to them and they actually have apartments that they can stabilize long term until [clients experiencing homelessness] are able to get off on their feet. The Rescue Mission is not strictly temporary overnight housing and that’s something that we have to look for rather than just offering temporary shelters. The other thing is that we are the state capital so we need the state and the county to be very much a partner because if you look at the other communities that surround us, they offer very few homelessness services and they really need to step up to the plate so that everyone doesn’t just get funneled into the capital city.

The Streetlight: If you could have it your way as mayor, what would that look like to have other communities step up to the plate?

Gusciora: I think that they should have an obligation to offer some kind of temporary housing and bring the services to them directly, whether it be mental health or addiction services, rather than just give somebody bus fare to the capital city. I don’t think that really is responsive.

The Streetlight: Is there any plan specifically for increasing services addressing youth homelessness such as or in addition to Anchor House?

Gusciora: Well there’s other organizations such as LifeTies. A big consequence of homelessness are LGBT youth that seem to be tossed out of their family’s structure and as society gets more tolerant, that will be less of a problem but nonetheless, it’s critical to offer those services as well but there are other organizations that are willing to step up to the plate such as LifeTies.

The Streetlight: Do you think then that homelessness should be addressed by non-profits or should the city government play more of a role?

Gusciora: Well the problem is that the City doesn’t have the resources to handle the problem itself so it does have to rely on faith-based initiatives as well as general non-profits. If the State of New Jersey paid dollar-for-dollar in their property taxes because of all the tax-exempt properties that they occupy, they would give the City $45 million, but yet last year, we got $9 million in transitional aid, so we can’t keep going back to our own tax base to pay for such programs so we really need for the state and the county and even the feds to step up to the plate.

Selected questions and answers have been slightly condensed for spacing purposes.