In March 2020, Governor Murphy ordered citizens in New Jersey to stay at home and abide by a state-mandated curfew. Shortly after, many individual businesses were shut down to abide by the state health orders. Suddenly, life as we all knew it changed indefinitely. Now, in October, businesses and essential social services, such as Homefront, are adjusting to a new normal.

Ruthann Traylor, the executive director of Homefront’s ArtSpace and SewingSpace, oversaw all of the changes the programs and its artists had to make in the time since New Jersey adjusted its health guidelines for the COVID-19 virus.

“The Pandemic has affected HomeFront’s ArtSpace like many art programs. We had to assess how we could deliver our service while following safe guidelines.” Traylor stated. Some of these guidelines included limiting the number of people participating in ArtSpace and requiring masks to be being worn at all times throughout the HomeFront agency. For further protection, they were able to install plastic shields between tables, sanitize regularly, and make art bags filled with supplies, so families could keep their own supplies.

Though the implication of the safety and health guidelines changed the appearance of ArtSpace, it did not change the artistic spirit. “We felt art was imperative that ArtSpace participants were able to create, so we adjusted, shifted how we work, and embraced the time to innovate/create in ways that were safe to all.”  Traylor continued. “One of the outcomes we started to work outside and created the beginnings of an Art Garden, built movable walls to create our own exhibition space in a Blue Garage located on the premises of HomeFront’s Family Campus in Ewing. We also did weekly art supply drop off for artists that needed supplies living in the community.”

Though in the midst of this global pandemic, ArtSpace artists have channeled their emotions to continue to create pieces.

“For the participants that were involved–former residents, too–they needed to be able to create more than ever. As so many of us were stuck at home, artists needed an outlet to channel the emotions. I was amazed at the amount of work many of the clients living in the community created while home. I could see that the art was their pastime, outlet, their passion too. I think in some ways uncertain times challenges people to pivot how they work and think creatively, problem-solve, and embrace innovation.” Traylor continued.

“For me personally this has been a very creative time as I love challenges and how to use innovation to problem-solve and grow,” said Traylor.

Though social distancing guidelines and mandatory masks are enforced, outside volunteers are not allowed into the facilities. ArtSpace is still operating under, otherwise normal circumstances. The artists will be participating in ArtJam from November 14th – December 12th. The ArtSpace artists will be selling Holiday cards, benefitting Homefront families. Please consider sending a holiday wish to family/friends that will impact lives in our community information regarding the holiday cards can be found here:  www.homefrontnj.org/artspace/ 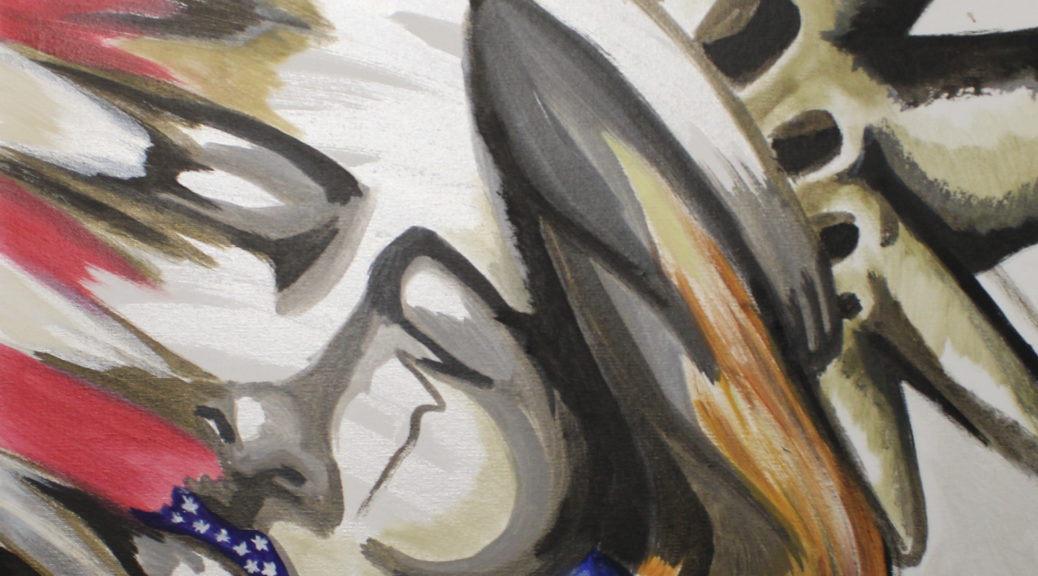 Kimberley Lennon sat at the corner of a work table at ArtSpace, drinking juice from her cup as we began our interview. We began discussing the origins of her artistry.

“I started doing art when I was five. I really discovered that it was a passion around nine. My Kindergarten teacher bought my first piece of art. She paid $50 for a crayon drawing of flowers. She told me that ‘I know you’re gonna get really big, I want to buy your first piece’…she made me sign it, too.” Lennon said. The support of her teacher, especially at a young age, encouraged her to continue to cultivate her talents and expand her art.

In 2007, Lennon found herself, a single mother, in a shelter. She made her way to ArtSpace at Homefront. The mothers at ArtSpace were instructed to attend art classesfor stress relief, and that’s where Kimberley Lennon crossed paths with Ruthann Traylor, the Director of ArtSpace. Lennon loved the creative space, as it allowed for her and the other women to channel their emotions and experiences out into a creative, safe space. “It was just really nice to be around like-minded artists. From then on, it just became a wrap pretty much. From 2007 and now, I’ve been at ArtSpace.”

When Lennon is not adding to her expansive and diverse collection of paintings, she is exploring several other avenues of art.

“I don’t just paint…I do poetry, I do free verse. I write music…I do lyrics. I do photography, I sew. I crochet, I paint, draw. I do everything art. Primarily, I am focusing on painting, writing, and photography.” Lennon said, taking a sip of grape juice. She giggled, explaining that her art comes from a place of passion. Her inspiration for her art comes from a place of her raw creativity–her dreams.

“Most of the time, I dream up my art and it’s like an obsession,” she said. “I have to get it out of my head.” Lennon finds herself in different series; she shared that she painted The Purple People series and the Freedom series for some time before moving onto her current Reflective series. We shared a laugh as she noted that the Reflective series has caused her to do a lot of reflection on herself.

Towards the end of our time together, Lennon shared with me two of her favorite poems, “Dear Little Broken Mind” and “I Am,” the latter being a part of her Freedom Series. The intersections of her identity–race, gender, class, ability–all come together to form her poem, a deeply introspective poem.

Lennon’s work has been in art shows, sold and many of her pieces hang on the walls of ArtSpace, allowing for any and all who come in, to see her signature work. Kimberley is constantly creating art, we are excited to see what work she’ll produce in the future!