The Jones Farm Bonner team tackles the social justice issues of mass incarceration, adult education, and reentry. They are partnered with the Petey Greene Program and volunteer as GED tutors for students who are incarcerated. They do their service at Jones Farm Correctional Facility located in Ewing, NJ.

Jones Farm is a minimum-security facility that doubles as a work farm. Incarcerated individuals have the opportunity to take GED classes to obtain their GED. The Jones Farm Bonner team enters the facility and tutors students in math and English. Due to COVID-19, the team has not been able to enter the facility because of the preventative measures and halt in the GED and other educational programs throughout the New Jersey Department of Corrections (NJDOC). The NJDOC has been doing its best to prevent the spread of COVID-19 within the facilities. In an attempt to slow the spread, a senate bill was introduced that will impact the lives of many incarcerated individuals.

During this pandemic, many people have been worried about themselves, their loved ones, and those around them. It is natural to instantly worry about family and one’s own wellbeing, but who is worrying about the many incarcerated individuals who do not have the same access to tests and healthcare?

Prior to the release of the incarcerated individual, according to the S2519 Senate bill, the individual must be tested for COVID-19. They will also be provided with the following information: eligibility for Medicaid, housing information, identification information, and eligibility for any other benefits and services. The incarcerated individual will also be provided with a compiled list “concerning organizations and programs, whether faith-based or secular programs, which provide assistance and services to [incarcerated individuals] reentering society, after a period of incarceration.” Governor Phil Murphy was planning on cutting the budget for reentry programs by 43%. Instead, the new budget shows an allocation of money towards these programs.

Even with the new budget and million-dollar grants towards the New Jersey Reentry Corporation, Mercer County Reentry Pilot Program, the Reentry Coalition of New Jersey, and others, formerly incarcerated individuals may still experience homelessness. Usually, housing plans are solidified before an individual is released, but with the number of individuals being released by this bill, this may not be the case. Nonprofits and reentry programs may not have the needs and the ability to assist every individual who does not have a housing plan. Especially with the pandemic, these individuals may have difficulty finding housing and this could increase the population of those experiencing homelessness throughout NJ.

“I think these reallocation[s] of funds is necessary, but I always wish there [were] more,” said Ayanna Lyons, a New Jersey Division Manager for the Petey Greene Program. “Right now thousands, if not millions, of Americans are facing a housing crisis and so many folks are not able to pay their rent and mortgages. While folks that are involved in the justice system have historically had a hard time finding housing, in this pandemic, without the right resources the issue will be exacerbated. I’d like to see a more intentional focus on preparing folks before they’re released and following up with folks, holistically, post-release as navigating housing, employment, and education can be stressful.”

The S2519 Senate bill will heavily impact incarcerated individuals and the NJDOC. Many are interested to see how the state will conduct this bill and the effects on the individuals, their families, and also nonprofits. This bill is an important aspect in how New Jersey is tackling COVID-19 in prisons and jails. 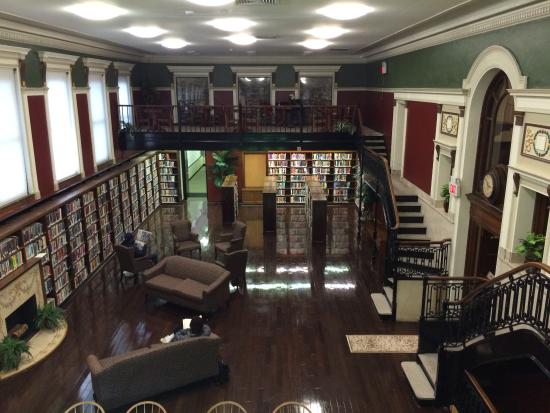 According to the NJ 2-1-1 program, the number of people experiencing homelessness in New Jersey has dropped by 439 people between 2018 and 2019, leaving the current average at nearly 9,000 individuals (https://www.nj211.org/homeless-new-jersey). Though the statistics regarding homelessness in New Jersey have decreased, they have not disappeared, and are not going unnoticed. Organizations across the state are working to provide free facilities for these individuals to use free of charge. One of those organizations is the Trenton Free Public Library (TFPL) that works tirelessly to offer resources to those in less than ideal circumstances.

In an era so dependent on technology for daily tasks, those experiencing homelessness are at a disadvantage as they do not have access to such assets. The past few weeks especially have perfectly demonstrated the reliance we as a society have on the internet. With the outbreak of the Corona Virus, schools and businesses globally are shutting down as a means to practice social distancing and encourage quarantine. This has been made possible by online applications that allow groups to meet virtually, rather than face to face. The question that then presents itself is: How will those experiencing homelessness suffer from this shift? Lack of access to these free public venues could translate to a lack of ability to work and learn for this community.

Unfortunately, given the circumstances of the mandatory shutdown, we were unable to conduct an interview with a representative of the Trenton Free Public Library. However, we were able to collect copious information from their website alone. Prior to the worldwide pandemic, organizations like the Trenton Free Public Library offered free access to resources such as computers, wifi, books, databases, DVDs and countless others. With a free library card that can be acquired with any proof of identification of living in Trenton, people have access to all of the library’s amenities. To touch on the digital aspect of the library, computer time slots ranging anywhere from fifteen minutes to two hours give individuals the chance to complete online job applications, partake in the library’s e-tutoring programs and much more.

With much uncertainty in the current climate of the world, it is hard to say how those experiencing homelessness will be disadvantaged by the effects of the Corona Virus. We hope to acquire more information on their plan moving forward for reopening and how the community can access resources elsewhere. For more information or any unanswered questions, the Library is located at 120 Academy Street in Trenton, New Jersey 08608 and can be reached by calling (609) 392-7188 or through https://www.trentonlib.org/.

* This article was written by TCNJ’s very own Writing 102 Students.